As luck would have it, the Sequoyah Birthplace Museum, located a short distance from Fort Loudoun, was holding its annual celebration.  Sequoyah, was a Cherokee who was pushed out of the tribe for being partially disabled and thought to be a bit "slow".  Well, it turned out that he was brilliant, and invented the Cherokee Nation's first alphabet.  His legacy is memorialized every year and it just so happened to be occuring when we were there.  In the video above, Vicki was invited to enjoy the Bear dance with local Native Americans.  Norm's ("One Who Shines On Top") little squaw ("Dancing Bear") did pretty good!!

We departed Fort Loudoun and continued upstream on Tellico Lake close to the last dam on the river.  We anchored in a great place with a great view of the smokies and "painted" (weathered) bluffs.  Up here on the Tellico, there is a volunteer boating assistance program.  We can call 911 and get help if needed.  Here's one of their signs. 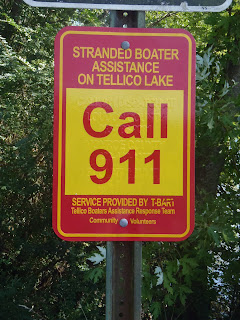 Boaters answer to the 911 emergency call 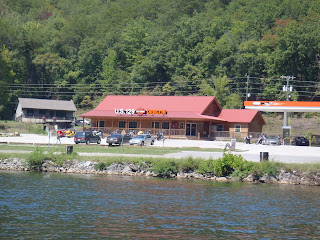 There's a motorcycle route that only motorcyclists are aware of.  It's called the "Dragon" and we stumbled onto it while dinghy-ing up to the dam.  Yes, you see a Harley Davidson store right out here in the middle of nowhere. (Skimpy T-shirts are $30.  Vicki would not let Norm buy her a dozen.)  Actually, the river parallels U.S. Highway 129, which is were the Dragon runs. 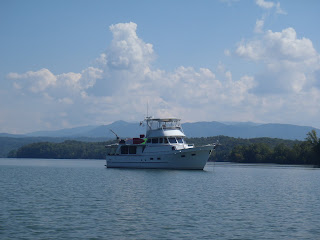 Here's Tide Hiker anchored on the Little Tennessee River, with the Smokies in the background. 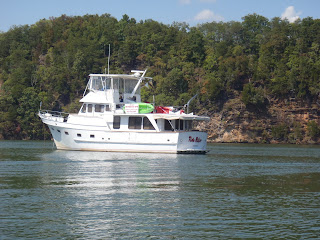 And the painted bluffs on the other side. 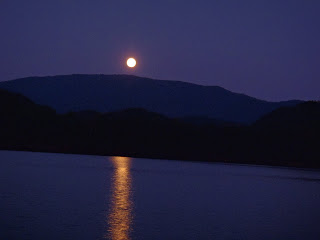 Moonrise over our Little Tennessee River anchorage
Posted by Norm and Vicki Naughton at 9/13/2011 01:49:00 PM No comments:

We said goodbye to our new friends at the Ft Loudoun Yacht Club and got underway for our next destination--The Little Tennessee River. After a short cruise retracing our track back to the Ft Loudon Marina and refueling, we headed over to the Little Tennessee River and to Tellico Lake. We have posted here that the Tennessee River has been some of the most awesome cruising we have ever done, the LTR is even better. The river is lined on both sides by carpets of trees up steep hills. The river winds through picturesque canyons and meanders around small islands.

Our first stop was at the actual Fort Loudoun-a restored British outpost in the mid 1700's. We were in settled weather, so we anchored just off the peninsula where the Fort stood. We were in luck. They were holding the annual Ft Loudoun Faire this weekend. So we were able to walk through the fort and settlement that was bustling with reenactors. Great fun, which included magicians, tumblers, minstrels and Red Coat and militia soldiers. 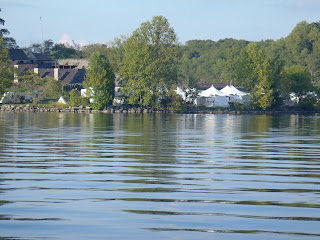 The fort and settlement as seen from our anchorage 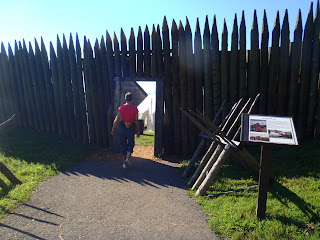 Vicki entering the "Sally Port" to the fort.  A sally port is a small entrance. 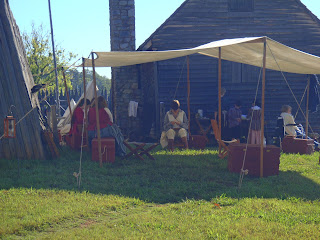 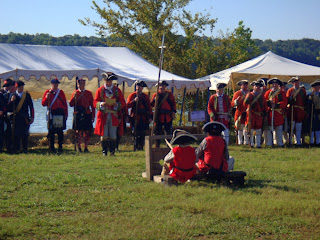 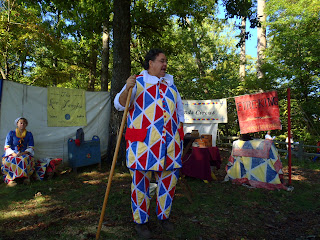 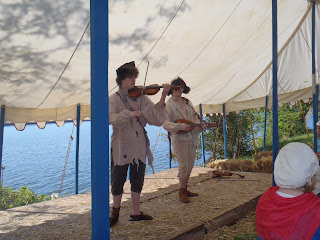 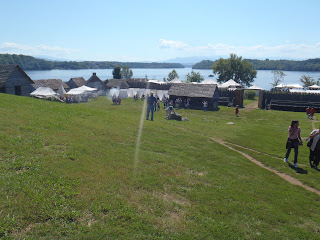 Hiking the Smokies with Friends

We were treated by Mike and Peg Wilson our friends and neighbors from Wilmington, DE. They had a Wyndham time-share in Sevierville, TN, just a short distance from Gatlinburg and the entrance to the Great Smoky Mountains. So, it was 3 days of hiking the Smokies with them. They also brought their daughter-in-law, Thum and grandson Jack. Son, Joel is deployed in Korea. Thum and Jack did not hike, but instead enjoyed the pool and amenities at the Wyndham. 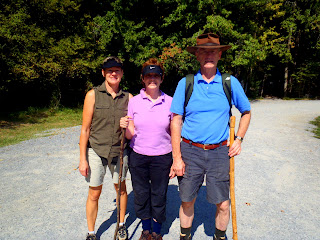 Vicki Boon, Peg Boon and Mike Boon ready to go hunt bear.
Actually, on one of the trails we ran into another couple heading back to the trail head.  They saw a bear and were frightened.  Vicki and Peg wanted to go back too, but Mike and Norm talked them into continuing.  Well, we never saw and BAR and the hike was great, trekking up to a great waterfall.  Of course Mike and Norm had to endure listening to songs and childhood fairy tales and whistling loud all along the way.  Peg and Vicki wanted to "scare" the bear. 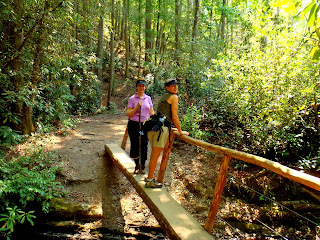 Vicki just showing off on one of the creek crossings. Peg saying "get a move on Vicki--we have a long way to go". 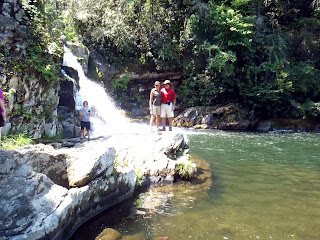 Norm and Vicki at the waterfall 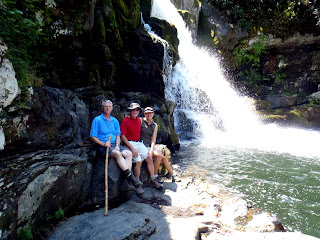 Mike, Norm and Vicki at the waterfall 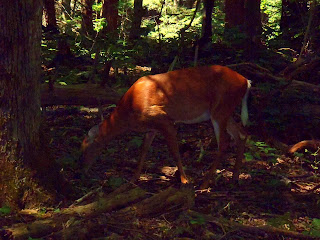 No bear, but we did see this deer at pretty close range. 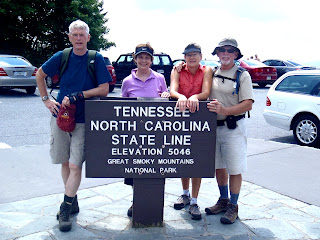 An exhausted group of hikers back at the trail head